Here you will find important background information and helpful tips on traveling in Andalucía.

If you do not find the answer you're seeking, feel free to contact us with your question. 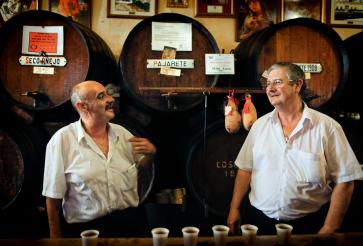 Spanish is the only language that has official status across the whole country. That said, there are a number of other languages that are co-official or have recognized statues in specific territories. Six autonomous regions have languages that are co-official. The largest is Catalonia, where Catalan and Aranese are recognized. In Valencia, a variety of Catalan known as Valencian is the second language. Galicia, naturally, speaks Galician while the Basque Country speaks Basque. The Balearic Islands recognize Catalan in addition to Spanish, and Navarra recognizes Basque. With the exception of Basque, all of the above languages are Romance languages within the Indo-European languages. Basque, on the other hand, is a language isolate, which means it has no demonstrable genealogical relationship with any other language.

Within the Spanish-speaking community, there is a wide range of dialects. Depending on where you are in the country, the typical Spanish spoken will change slightly with regards to vocabulary, grammar, and pronunciation. In terms of Granada, they speak Andalusian Spanish – many varieties of Spanish across the world, including most Latin American Spanish dialects, are considered to be based on Andalusian Spanish. 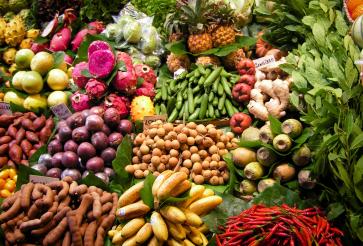 We understand that allergies and special diets are a common concern among our guests. We do our very best to accommodate any diet for medical, allergy or religious needs; however, we cannot guarantee that all dining establishments can fulfill special requests. As a result, we encourage our guests to take all necessary precautions during their travel.

Guests with special dietary requirements should inform their server upon arriving at the location. To facilitate this, we strongly recommend bringing a description of your dietary needs, which has been translated into the local language. When present, your Albatros tour leader can also help inform local eateries of any special requests.

If you require a special diet during your travel, please inform us by providing further information below.

Please note: This information must be received no later than 45 days before your tour begins.

Spain can be considered a standard EU country in terms of electricity. The standard voltage is 230V and the frequency is 50Hz.

The power sockets are two-pronged Type F. This type of socket is known as “Schuko,” and is compatible with plugs C and E.

The international calling code for Spain is +34. Spain is part of the EU, and thus EU/EEA roaming rules apply to participants coming from other EU countries. Please check with your mobile provider for specific options and fees.

Public WiFi is common in Spain. Hotels, along with many cafés and restaurants, are likely to offer free WiFi. If you prefer a faster or more reliable connection, prepaid SIM cards are relatively cheap and widely available.

In general, tap water in Spain is perfectly safe to drink. In Granada, the water is fresh from the mountains and delicious – you can fill your bottle at any faucet. If you plan to travel elsewhere in Spain, please check your specific destination. Madrid, for example, has exceptionally good tap water, while the tap water in Mallorca often has high levels of sodium or chlorine, making it undesirable to drink.

What Should I Pack? 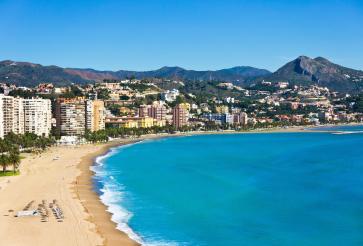 True to form, the weather in Southern Spain in early October should be warm and sunny. Temperatures should generally stay above 20 degrees Celsius (70+ F), but nights will be getting cooler so a light jacket or sweater is a good idea. If you’re visiting Nerja with us on an excursion or spending any extra days in Malaga, be sure to pack your swimsuit! Also, if you plan to visit any churches, please note that Spain is a Catholic country and expects visitors to a church to cover their knees and shoulders. Other than that, just pack your race clothes, your sunglasses, and your fastest running shoes!

Tipping in Spain is not standard. Generally, one should only tip at restaurants if you are exceptionally pleased with the service. Note that while a service charge is included in the bill, this money does not go to the staff – if you leave a tip with your credit card, that money will also not go to them. So, if you like your server, a small cash tip is always appreciated, but is not expected or required. At more upscale restaurants, a tip of 5-10% may be appropriate if you liked your meal. Rounding up to the nearest euro is quite common, and this can be done in bars, taxis, and cafés. If someone carries your bag for you, a tip of a euro or two is appropriate.

As a member of the EU, Spain uses the euro. ATMs are plentiful, but beware of the fees. Most major international credit cards are also widely accepted, although it is common (and sometimes necessary) for purchases that are less than 20 euros (i.e., postcards, coffee, tapas, etc.). It is easy to change currencies if you bring, for example, USD, and can be done in the airport, banks, some hotels, or foreign exchange bureaus.

Please note that it is each traveler’s responsibility to check visa and passport requirements and ensure that they comply. Obtaining a passport and, if required, a visa, is solely the responsibility of each traveler. Your passport must be valid for at least 6 months after returning from your destination. 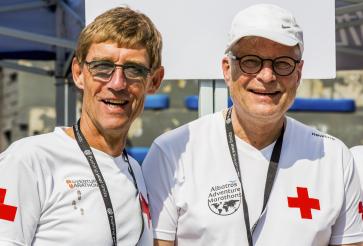 Please note that participants are responsible for their own travel insurance.

Medical assistance during the marathon event
A team of English-speaking Danish doctors will be present during the pasta dinner and the race. The medical team is ready in case of injury or severe exhaustion.

Albatros Adventure Marathons will ensure that an English-speaking doctor/medical team is available for participants of our marathon events. If any treatment is unable to be carried out by the doctor and it is necessary to refer a participant to local medical facilities, the doctor/medical team and travel agency will not be held liable for any treatment carried out by staff from local medical facilities.